Stretch Marks? No, but keeping to my cocoa butter regimen.

Sleep? Some days hard as a log and others broken with anxiety dreams.

Best Moment this Week: Seeing my friend Kyla who was visiting from Instanbul! We went to Salt Creek for the brunch buffet and it was delicious!  :)

Miss Anything?  halibut. Oh how I wanted SCG's halibut yesterday! I settled with a pasta bar and aebleskivers!

Movement: I'm not sure. I have been feeling strange things this week but the books say you don't feel them until the 16th to 20th wk... but I think its possible that its the baby. I had a lot of other symptoms early so I am gonna ask Dr M this Wednesday.

Food Cravings: Brownies. I haven't given in yet but they were my daddy's favorite and I'm missing him quite a bit right now. His birthday is tomorrow.... he would be turning 73! (The old coot!) Other than that I usually go for vegetarian options like beans and cheese... strange for me because I've never been a fan of Latin cuisine.

What Makes you Queasy: chicken. Still - though its getting worse! And fish. And whenever my belly is empty.

Symptoms: still nauseous and have morning sickness.  Food aversions and exhaustion too.  Oh! And my nails are growing like mad! See pic! I am REALLY looking forward to my mani pedi this week!

Wedding Rings On or Off?  around my neck! They were wavering between snug and loose so I found an amazing necklace option from lia sophia that resembled a look I found on etsy... but its retail was 20 $ less and its super versatile. You can wear it tons of different ways, both long and short! It comes with three detachable chains and two 'genius' clasps - I like it because it makes me feel safe putting my treasured wedding rings on it. See pic attached! Its called Classified.

Mood: sleepy. Seems to be the only nap times I'll take in life come with pregnancy!

What's the Daddy-to-be Doing? he is still not sleeping because hes worried. We did our revised budget yesterday and of course were going to survive. So hopefully he can calm down a little. He is starting to freak out about his health too (though his physical came back with high marks) he has decided to 'get healthy' and stay that way.

Notes to the Little One: This week was my deadline week - (Which explained the mad rush to buy a new car last week). It went pretty smoothly but I didn't get to take part in any 4th of July festivities because I had to work. Around 845pm your dad and I went out front to see if there were any fireworks that we could see from the house and no luck. We went in to sit on the couch and then at 9pm the garage started changing colors! That meant that they must be pretty close. We went back out front to find THREE fireworks shows within our sight line! One was directly acrossed the street and one block or two over, if we set up camp chairs in front of mommy's office we could see EVERYTHING! :) The other was by the polytech high school, and yet another was towards downtown NoHo. How fun that our new house is good for fireworks watching! Poor Chance was TERRIFIED of the noises they made. He was hiding his face so far beneath my legs that I thought he would suffocate. He then proceeded to climb under your daddy too. The noises must have reminded him of his Oxnard past life... we like to joke that he was raised in the ghetto.. but after this behavior it seems it's quite the possibility. Poor little guy. Eva was totally fine right up until she actually SAW one explode over her head and there was a giant light show! She freaked out so much that she was clawing and screeching and begging us to put her back inside. And so we did. The fireworks made me feel a little better for missing out on all the fun festivities that happen on Independence Day.

Note to my readers: It seems my week 13 post has been lost in cyberspace! I will have to just re-add a blurb about my midwife visit for that week. So sad... I remember there was funny quips and silly stories in that one. :( 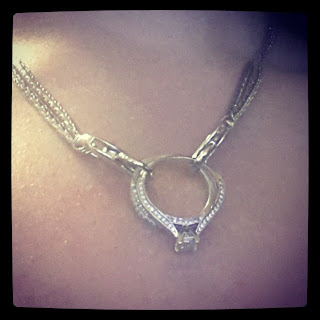 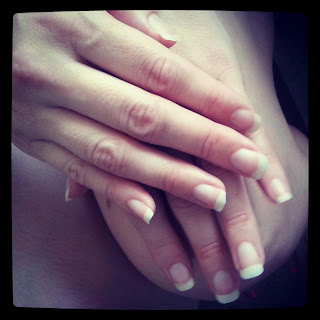 Posted by Little One Sawyer at 8:52 AM